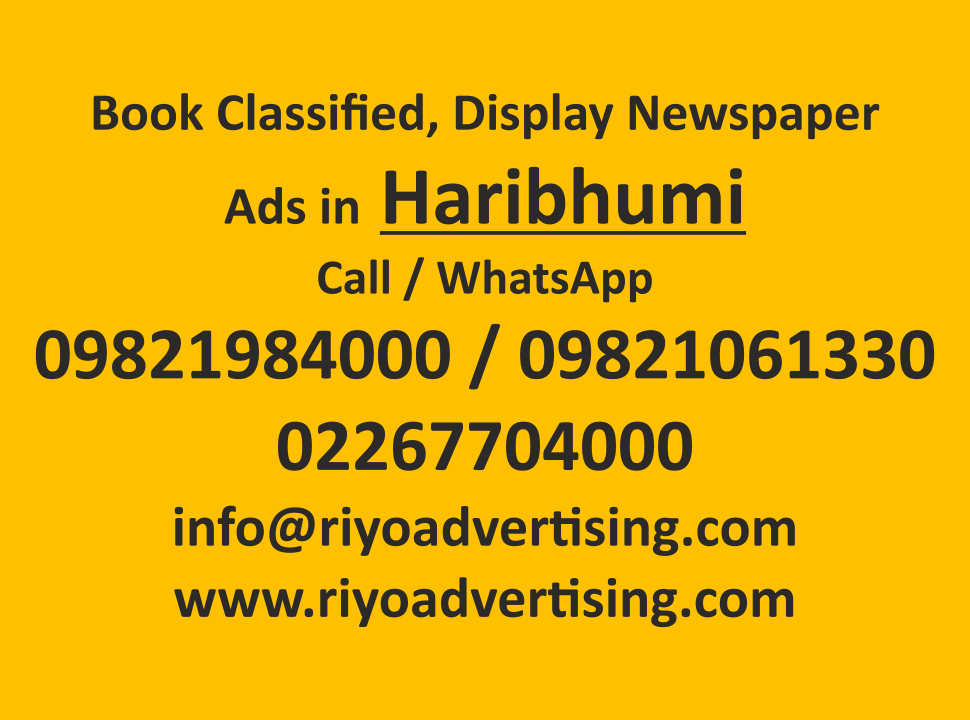 We are happy to help you

Hari bhoomi is a hindi-language newspaper starts in 1996 and published from Rohtak-haryana, Bilaspur-chhatisgarh, Raipur-chhatisgarh, Jabalpur-MP and Delhi. It was initially based in Haryana and later expanded its circulation and readership to delhi, gurgaon, chhatisgarh and Madhya Pradesh. Now it is being considered as the 11th most popular Hindi Newspaper daily in India and in chattisgarh is ranked 1st Hindi newspaper daily.